The end the year approaches – I can finally take a moment to share a few things I’ve been up to since the last post! It’s hard to condense 9 months in a few photos, and I won’t succeed – but hopefully the snapshots below give a good overview…

The first Sydney Early and Mid-Career Academics Network event for 2019 was held in March. We invited Prof. Celine Boehm and Prof. Renae Ryan to talk about diversity in academia, which was followed by a robust discussion.

Later in the year, I co-chaired the SEMCAN Viral Bytes event with Dr. Kristina Cook and Dr. Christopher Coady –  we invited early- and mid- career researchers to submit viral content that creatively explains what they did as researchers at the University of Sydney.  You can find some of the entries on the SEMCAN twitter page. Here I am presenting the award! I also had a bit of fun making the event logo… 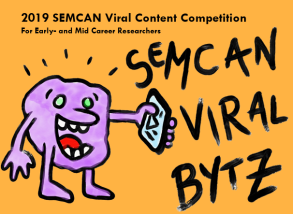 My colleague Ben Fulcher and I supervised some very talented 1st year students on a Dalyell Showcase project, piloting our 3rd year course on the brain-machine interface. The Dalyell programme is for high-achieving students, who get to work on an open-ended research project. They managed to use their alpha waves to play brain tug-of-war, and also put together a car racing game prototype, all within one semester and no prior coding experience. 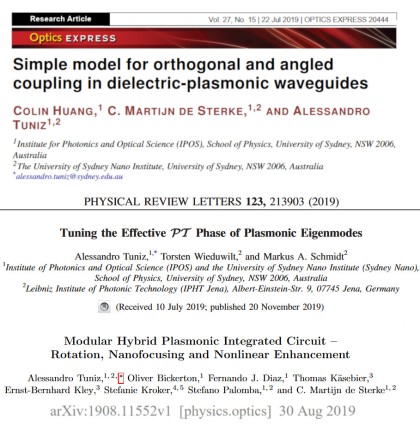 A few firsts: my first last-author paper, presenting extensive theoretical and numerical work co-authored with Prof. Martijn de Sterke and Mr. Colin Huang, which resolved some outstanding issues on orthogonal plasmonic couplers; my first PRL, in collaboration with IPHT Jena; and some new work on Arxiv. That paper is still under review, but I was happy to share my results while I presented them at various conferences. Speaking of which…

Conference season was in (Northern Hemisphere) spring for me this season – it kicked off at the Conference in Nanophotonics in Monte Verita’ –  a small but prestigious gathering where where I was fortunate enough to be selected for an oral presentation. I’m  including the program here just to give an idea if the lineup – Bluesfest pales in comparison! 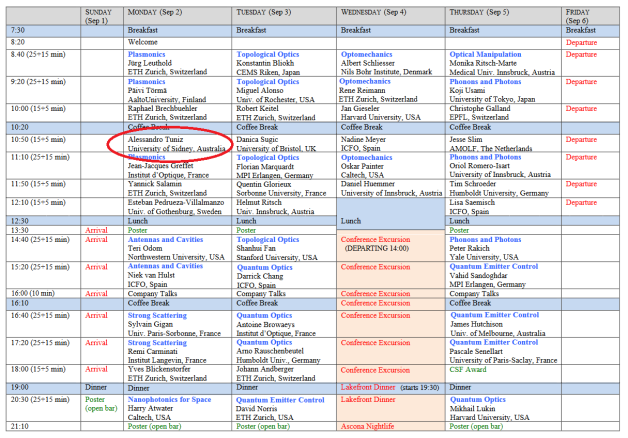 The following week I visited my colleague Birgit Stiller at the Max Planck Institute for the Science of Light in Erlangen, where I was invited to present. I took the opportunity to catch up with my collaborators in Jena before heading to FIO for the final leg of my round-the-world trip. This trip was kindly funded by the a travel grant from Sydney Nano…

Sydney Nano is rapidly growing, and I was privileged to become the first Sydney Nano EMCR Ambassador for the Faculty of Science in the middle of this year.  We have since developed several initiatives (ECR workshop on research catalysts) and awards (travel award, best paper award) to support our early-career members. More to come in 2020!

The first-of-its-kind 3rd year interdisciplinary physics course (or PHYS3888, for those in the know) was launched in Semester 2 this year. For the first time ever, physics students were involved in an open-ended collaborative project with data science students (who were coordinated by Prof. Jean Yang).  Each group contained students from both disciplines, who collected and analysed their own data, generated by an EEG, using complementary skills from both disciplines. This is unprecedented for a large course (typically, students either work with existing data, or are individually supervised within a research group). Below is a video of some students using their mind (well, their eyeball) to play a jumping game – quite impressive. I will be co-coordinating it in the first semester in 2020, and I look forward to making this course better each year.

Last but not least – in November it was announced that my DECRA fellowship had been funded! This is very exciting news, and will provide me with the opportunity to run my own lab – watch this space in 2020..